Dwayne Bohac is a proud graduate of our public schools right here in northwest Houston. Dwayne’s most cherished responsibility in the Texas Legislature is representing Spring Branch, Cy-Fair and Katy ISDs—and they will always have a powerful voice while Dwayne continues to serve as a ranking member of the House Committee on Public Education and a gubernatorial appointee to the Education Commission of the States.

Representative Bohac is fighting for increased funding for public education, retired teachers and teacher salaries and is working with parents, teachers and local school board members to improve and strengthen public education. He supports abolishing the failing “Robin Hood” school finance scheme so that our local school tax dollars stay in our districts and wants to limit standardized testing and stop forcing teachers to “teach to the test”.

Dwayne has been endorsed by the former superintendents of all three District 138 school districts because they know he is a strong advocate who has a record of fighting hard for our local public schools:

Last session, the Legislature maintained full funding of enrollment growth and appropriated $1.6 billion in prekindergarten funding. But Dwayne fought for more. Two times last year, Dwayne Bohac co-authored HB 21 in both the regular session and special session which would have provided an estimated $1.8 billion in additional state resources for public education while making several improvements to the state’s school finance formulas. The bill was overwhelmingly supported by educators with almost 1,500 school superintendents and school board trustees writing letters of support. This bipartisan measure passed the Texas House and prompted Speaker Joe Straus to issue the following statement:

“The Texas House voted to support our schools, relieve the burden on local property taxes and begin fixing our broken education finance system. With House Bill 21, we have a great opportunity to help schools and address the biggest cause of higher property-tax bills.”

Unfortunately, the bill was altered by the Texas Senate and came back short on funding. Next session, Dwayne will continue the fight to fully-fund and strengthen public education in Texas.

Dwayne Bohac believes we must fix the recapture system by increasing state funding for public education and having less dependence on property taxes. That’s why he joint-authored HB 286 that would have completely eliminated “Robin Hood” and forced the state to address the school finance problem immediately instead of kicking the can down the road once again.

He supported the creation of the Texas Commission on Public School Finance to develop and make recommendations for improvements to the current school finance system and welcomes their recommendations on how to increase the state’s share of public school funding while giving homeowners relief from skyrocketing property taxes. He believes we must stop penalizing districts like Spring Branch ISD that are labeled “property rich” but who in reality have a high number of economically disadvantaged families and are being bankrupted by the current school finance system.

Texas teachers deserve higher wages for their role in our children’s lives. While everything is supposed to be “bigger in Texas”, teacher salaries here are sadly below the national average and far too many are forced to take on side jobs to get by. Dwayne Bohac is fighting for higher teacher pay. That’s why he filed HB 1419 last session to give teachers an across-the-board pay raise and will continue to fight for a teacher pay raise until it gets done. His bill also applied to school counselors, librarians and nurses.

Dwayne believes we need to pay our best teachers more and prioritize spending in the classroom. And that means the state will have to provide more funding. He agrees with Governor Abbott that our goal must be a marketplace for teachers that can drive salaries for the best teachers above $100 thousand, encouraging the next generation to choose the teaching profession.

Dwayne Bohac supports our retired schoolteachers and voted to save the Teacher Retirement System (TRS) by injecting additional funding into the program last year. This was done to preserve health care for retired teachers by the passage of HB 3976 which was supported by the Texas Retired Teachers Association (TRTA). Without legislative changes and additional funding to the TRS-Care program, the estimated $1.06 billion shortfall for TRS would have been fully borne by our retired teachers. Dwayne believes we must honor our commitment to these public servants who put their trust in the TRS system and sacrificed so much to teach young Texans.

Stop “Teaching to the Test”

We must allow teachers the freedom to teach their students the knowledge they have been tasked with teaching. Far too often, standardized tests are focused on meeting state and federal requirements for the schools and districts, not whether the individual students are actually learning and mastering their subjects.

The focus should be on learning the subject and developing critical thinking skills, not scoring the highest score on a standardized test. On this front, Dwayne Bohac voted last session for HB 515 which would have eliminated high stakes testing in 5th and 8th grade. And that’s just a starting point. Dwayne believes we must stop the overuse of standardized tests so that teachers and schools can be allowed to do what they do best—teach our kids.

Dwayne Bohac passed HB 1801 in 2009, the “School Supplies Sales Tax Holiday” that continues to benefit students, parents and teachers each year by including school supplies and backpacks to the list of exempted items during Texas’ annual sales tax holiday. This additional exemption is estimated to have saved Texas parents, students and teachers more than $75 million on essential school supplies since it passed. And during the last legislative session, Rep. Bohac filed HB 589 that would have expanded the back-to-school holiday by increasing the eligibility of clothing, shoes, and backpacks to items that cost up to $200 instead of the current $100 limit. In addition, it would have added computers and tablets to the list of tax-free eligible school supplies. The measure was put on hold do to existing state budget restraints at the time but will be re-filed when Bohac returns to Austin for the next legislative session in January.

As we continue to see the evolution of the modern classroom, it is critical we make sure our teachers are receiving the adequate professional development they need with regard to the use of technology in the classroom. That’s why Dwayne Bohac successfully added an amendment to SB 1839 last session that expanded staff development and continuing education training for teachers regarding digital education methods.

Our teachers are trusted public servants with tremendous responsibilities who unfortunately can find themselves in harm’s way because of the nature of their job. Dwayne Bohac has filed multiple bills like HB 1592 to protect teachers that would enhance penalties for assaulting a public school employee on or off campus. He also authored HB 726 to make it easier to remove kids from the classroom who assault or threaten to assault teachers—a measure supported by the Texas Classroom Teachers Association (TCTA).

Dwayne Bohac believes one of the most important pillars of education is to impart and instill values in our kids. Our future depends on the next generation of young Texans and Americans having a healthy appreciation and understanding of our nation and state. On this front, you would be hard-pressed to find a bigger statesman than Dwayne Bohac.

He joint-sponsored the bill that requires the Pledge of Allegiance be recited at the start of the school day, followed by a minute of silence—for prayer time, last-minute homework completion or however the student wants to spend it. He also authored and passed the nationally-recognized “Merry Christmas Bill” that protects the right of teachers and students to celebrate Christmas and Hanukah at school during the holiday season that sadly seems to be always under attack. In addition, he passed HB 1593 last session that requires a school district’s Family Engagement Plan to include engaging the family in supporting the young student’s learning at home, not just on campus. These go hand-in-hand with Dwayne’s philosophy of keeping the focus on our students and to equip them with the best knowledge, skills, values and character public education in Texas can give.

“Dwayne Bohac is a leader on the Public Education Committee and a strong voice for his local public schools. Spring Branch, Cy-Fair and Katy ISDs could not have a better representative in the Texas Legislature. I turn to him often when it comes to the big issues facing education in Texas.”

“Since his initial election to the State House, Representative Bohac has been a tireless supporter of Spring Branch ISD. He has worked hard to increase funding for our schools, including his strong support of the bill that provided pay increases for our staff in the last legislative session. Representative Bohac has also worked closely with our district to obtain support and passage of our initiatives to eliminate Robin Hood and to provide additional funding for high quality pre-K.”

“Rep. Bohac has been one of the most reliable and steadfast supporters of public education in the legislature. He made a commitment to make our schools better, and that is exactly what he has done.”

View more of What Others Are Saying and Awards & Honors 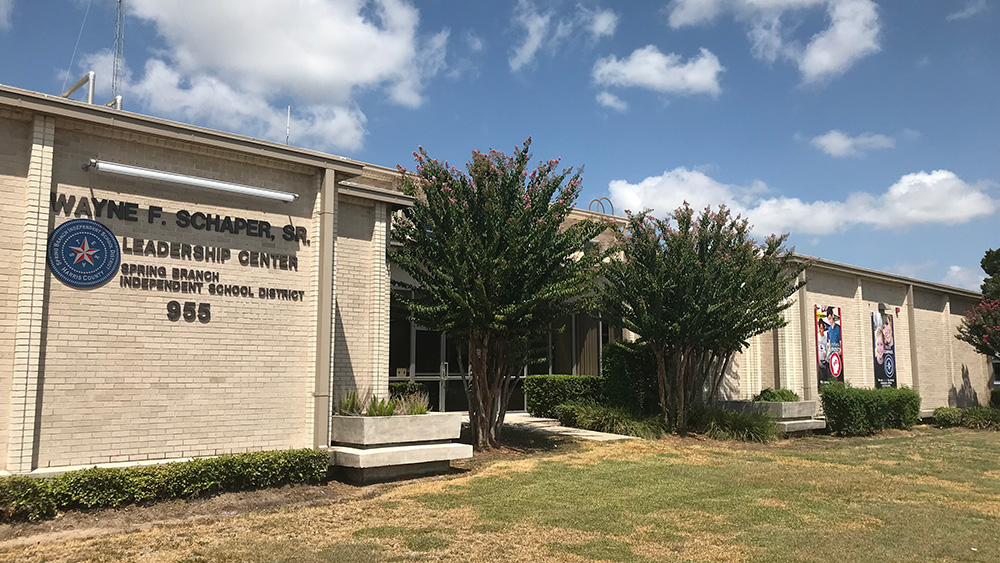 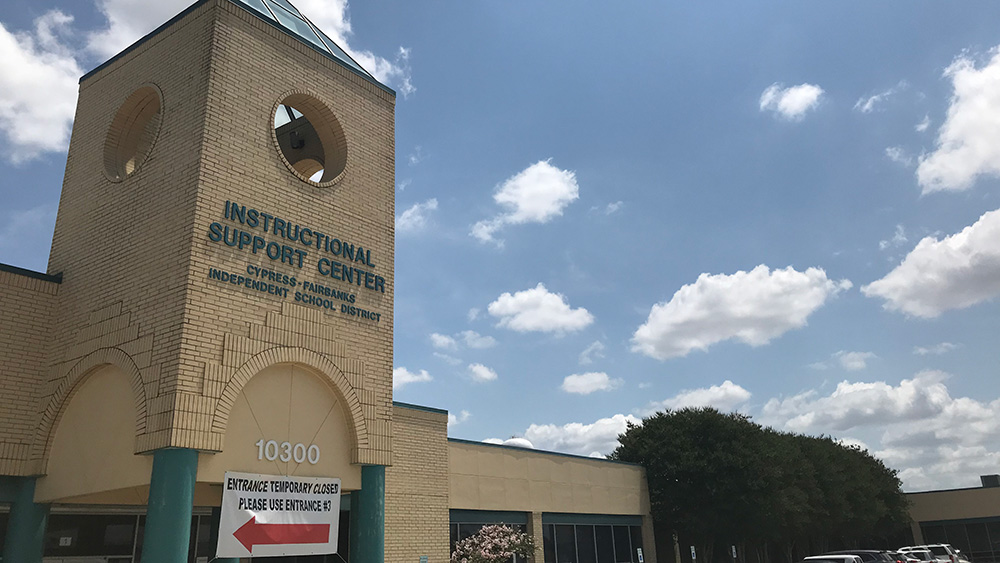 “I appreciate your dedication and service to our community. Because of your work, we are able to build a stronger and safer community together.”