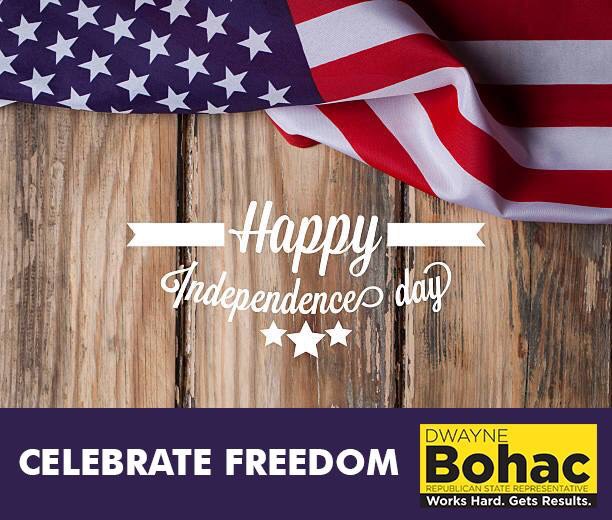 Happy Fourth of July to you and yours! Celebrations on July 4th became common as the years went by after 1776, and in 1870—almost a hundred years after the Declaration of Independence was written—Congress declared the Fourth of July to be a national holiday.

One of my great heroes was President Ronald Reagan—who I had the honor to meet. He inspired me to run for office and serve our community. He spoke so elegantly and eloquently of July 4th, and I wanted to share his inspiring words with you:

"Let the Fourth of July always be a reminder that here in this land, for the first time, it was decided that man is born with certain God-given rights; that government is only a convenience created and managed by the people, with no powers of its own except those voluntarily granted to it by the people. We sometimes forget that great truth, and we never should."

From my family to yours, we wish you a safe and happy Independence Day!

May God continue to bless America and the great state of Texas,